More underground production facilities were also built for important arms production factories, such as the “Werk-Graz Thondorf”, which was also part of Steyr-Daimler-Puch AG. Aside from Leibnitz-Graz Subcamp, Hinterberg near Peggau was also chosen as an underground site for the “Werk-Graz-Thondorf”, probably because of the natural stone caves there. Peggau Subcamp was established on 17 August 1944. On that day, the first transport with 400 prisoners arrived from Mauthausen Concentration Camp.

Hinterberg near Peggau lies approx. 20 km north of Graz. The subcamp was located about 1-2 km from the tunnel system. In total, the prisoners built 20 barracks for Peggau Subcamp. The construction of a tunnel system started during the air raid on 26 July 1944, under the codename “Marmor”. There were new entrances to the tunnel system directly bordering the town of Peggau. The original plan for the tunnel system foresaw a total size of 9,400 m².

As mentioned, the first transport arrived at Peggau Subcamp on 17 August 1944 with 400 prisoners. Around 600 to 700 prisoners in total worked on the construction of the tunnel system until March 1945. In March 1945, all prisoners from Eisenerz Subcamp were moved to Peggau Subcamp, and the highest number of prisoners, 888 people, was reached. Most of the prisoners were from Poland and the Soviet Union, and there were other, smaller groups with prisoners from France, Italy, and Yugoslavia. The preserved transport lists show that more than 1,400 prisoners were transferred to the subcamp during the eight months of its existence.

The prisoners had to work on the establishment and expansion of the camp, and in the tunnel system in Hinterberg. It was to be an underground production facility for arms production by Steyr-Daimler-Puch AG focusing on manufacturing aircraft parts. Operation in the tunnel system was organised in day and night shifts, each lasting 12 hours. The strenuous labour at Peggau Subcamp is reflected in the high death rate of approx. 16%. According to a historian, 2,820 people worked at Werk-Graz-Thondorf in Peggau, and 1,080 machine tools were moved to the tunnel system until March 1945.

SS-Untersturmführer (Junior Assault Leader) Fritz Miroff was camp commander at Peggau Subcamp. He had been at Graz-Leibnitz Subcamp before that. The guards were approx. 15 Austrian constabularies, and approx. 50-80 Ukrainian sentries.

All barracks of Peggau Subcamp except one were torn down after the end of the war. The remaining one was torn down in 1960 by the property owners. A monument erected by the town in 1955, was destroyed by neo-Nazis in 1983. The monument was reproduced without changes and resurrected. It wasn’t until 2005 that a worthy monument was erected, after the province of Styria had tendered an arts competition for the redesign of the memorial site. The memorial site has since had a new monument that lists the names of all victims; moreover, there are information boards about Peggau Subcamp. Since 2013, regular memorial celebrations have been organised by the local initiative [1] for the former subcamp of Peggau, supported by the protestant and catholic church. The current date for the memorial celebration can be found in the programme for memorial and liberation celebrations [2]. 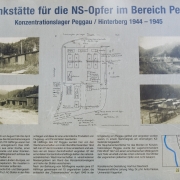 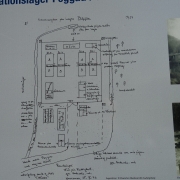 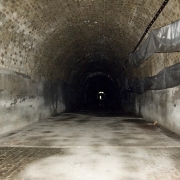 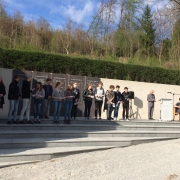 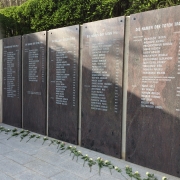 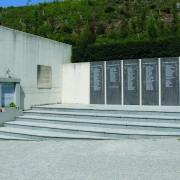 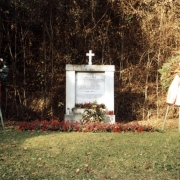 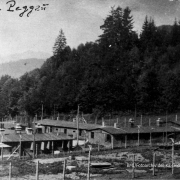 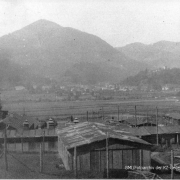 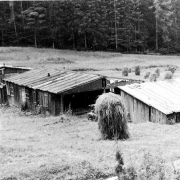 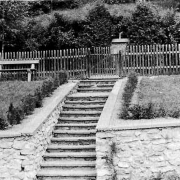 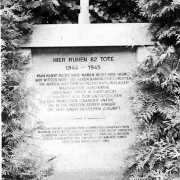 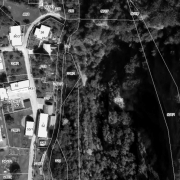 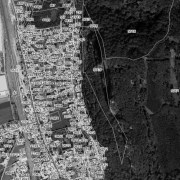 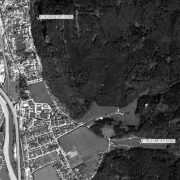 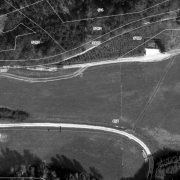 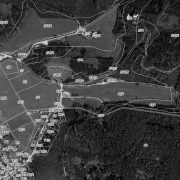