Schönbrunn Subcamp was established in connection with the research of self-proclaimed “Nature Scientist” Viktor Schauberger, who had developed an alternative drive technology called “Repulsine”. In 1943, he was already working on the development of a so-called flying disc with prisoners of Mauthausen Concentration Camp. He also conducted experiments in the areas of fluid mechanics, energy production, and alternative drive technologies. Especially his attempts at developing alternative aircraft sparked the interest of the SS. It was likely because the infrastructure was better there that his laboratory was moved to Schönbrunn. For this purpose, several prisoners with special skills were brought from Mauthausen to Vienna in late September 1944.

Schönbrunn Subcamp was in the Fasangarten military barracks in the Hietzing neighbourhood of Vienna. To precisely determine its location today is no longer possible.

A total of five prisoners (one from Poland, two from Czech Republic, and two from the German Reich) were detained at Schönbrunn Subcamp

All prisoners had specific technical skills and worked on the realisation of the alternative drive technology devised by Viktor Schauberger.

So far, there is very little information on the guards at Schönbrunn Subcamp. SS-Hauptsturmführer (Chief Assault Leader) Lindner, about whom not much is known, allegedly guarded the prisoners.

Schönbrunn Subcamp was relocated to the premises of a scythe company in Leonstein (Upper Austria) in April 1945, where half of the prisoners had to continue their work. Shortly before the liberation of Mauthausen, the prisoners were sent back to the Stalag.

The Austrian Federal Army uses the buildings today, and the military barrack has been renamed Maria-Theresien-Kaserne. There is no monument commemorating Schönbrunn Subcamp. A local branch of the Mauthausen Committee Austria [1] is working on getting a monument erected. 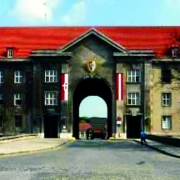 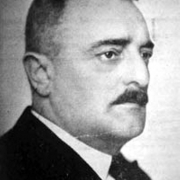 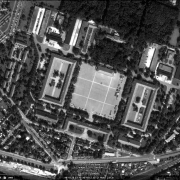 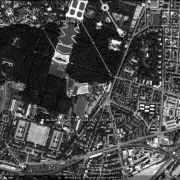