The Hartheim euthanasia and extermination centre was not a subcamp to Mauthausen Concentration Camp in the strict sense. The SS members assigned to “Aktion T4” were officially subordinate to the “Charitable Foundation for Cure and Institutional Care” (Gemeinnützige Stiftung für Anstaltspflege) and reported to the responsible district leader (Gauleiter) August Eigruber. After the official cessation of the “Aktion T4” (unofficially, the killing continued until the end of the war), Hartheim castle served as a killing centre for so-called “physically weak prisoners” from Mauthausen and Dachau Concentration Camps, as well as likely from Ravensbrück and Buchenwald Concentration Camps. In the course of the murder operation with the codename “Aktion 14f13”, which was not ceased until December 1944, at least another 9,000 people were killed.

Hartheim castle is surrounded by houses and located in the town of Alkoven. The murders of the “Aktion T4” and the “Aktion 14f13” took place in the gas chamber of the castle on the ground floor; it is likely that the 20 prisoners who were part of the dismantling team were also accommodated in the castle. Today, Hartheim castle is a memorial site with a permanent exhibition.

There is no information about the group of 20 prisoners.

The prisoners had to work in construction, focussing on the disposal of the homicide and burning equipment. One prisoner of the construction detachment managed to hide a bottle containing information about the killing equipment in a walled-up door - the bottle was found in 1968 during conversion work at the building. In the euthanasia centre “Hartheim Castle”, people were murdered under the codename “Aktion T4” and “Aktion 14f13”.

There is no information about the guard.

The murder operation concealed under codename “Aktion 14f13” was not ceased until December 1944. The castle was “returned to its original state” by a labour detail from Mauthausen and returned to its previous owners in early 1945. The name subcamp is more suitable for the group in charge of dismantling and conversion of the castle, consisting of 20 prisoners from Mauthausen.

The construction detail was transferred back to Mauthausen Concentration Camp as early as January 1945.

It was until January 1969 that there were merely private memorial plaques in the courtyard commemorating the euthanasia practices and murders of prisoners in the castle. Only then did the Provincial Charity Club of Upper Austria establish a memorial site inside the castle. In 1997, the castle was refurbished and redesigned according to contemporary standards, and the memorial site was set up. This made it possible for the first time to include all rooms in which the murders took place as historic locations belonging to the memorial site. In 2003, the former “bus garage” outside the building and the part of the gardens where the human remains from the crematoria were buried have been made accessible to the public. The latter now has a tombstone under which the remains of the victims of the Nazi euthanasia of Hartheim are buried. You can find the date for the memorial ceremony organised by the Documentation Centre of the Hartheim Castle Society [1] for the victims of the Nazi euthanasia in the programme for the memorial and liberation ceremonies [2]. 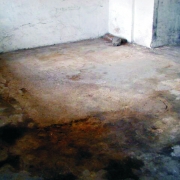 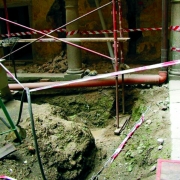 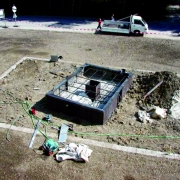 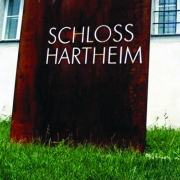 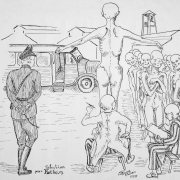 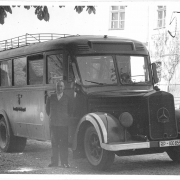 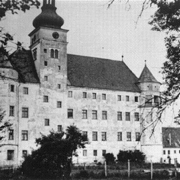