Eisenerz Subcamp was established in June 1943 with direct transportation from Gusen Subcamp (usually, all prisoner transports to subcamps would first go through Mauthausen Stalag).

There are two ways to find the location of Eisenerz Subcamp:
1. It is said that on the so-called “Feistawiese” meadow, near the cog railroad, there used to be several barracks that were part of the camp. The area has meanwhile been covered with excavation material of the Erzberg ore mine. According to our research, this possibility is rather unlikely, but cannot be ruled out completely.
2. In the so-called “Gsollgraben” trench, just off Eisenbundesstraße, there is a plot of land that still clearly shows the foundations of barracks as well as an outhouse barrack. Former prisoner of the Eisenerz Subcamp, Jan Otrebski, recognised the area as the former camp during an inspection of the site.
However, it cannot be ruled out that a second location existed on “Feistawiese” meadow.

The number of prisoners at Eisenerz Subcamp was around 469. The highest number of prisoners, 469 in total, was reached in the summer of 1944. Twelve people died in the Eisenerz camp, but groups of prisoners that were no longer fit for work or sick were deported back to Mauthausen Stalag quite regularly and replaced with fitter ones. When the camp was shut down, one single prisoner functionary was left in Eisenerz; the rest of the prisoners were transported to Peggau Subcamp.

The prisoners were assigned to work in the ore mine, to do snow shovelling along the train tracks, and to work on construction sites.

There is hardly any information on the guard of the camp. However, it is assumed that SS-Obersturmführer (Senior Assault Leader) Hans Heidingsfelder was the leader of the camp.

Eisenerz Subcamp was shut down on 14 March 1945 and the prisoners, except for one, were transported to Peggau Subcamp. After their arrival in the Peggau tunnel system, the guards shot at least 15 prisoners who were no longer able to walk before driving to rest to march on towards Bruck an der Mur. From there, the prisoners were transported back to Mauthausen via train in open freight cars.

Today, only desolate foundations serve as a reminder of the former concentration camp near the Erzberg ore mine. A memorial and a commemoration site on top of Präbichl mountain pass serve as reminders of the death march of Hungarian Jews who had to walk along the Styrian Eisenstraße to Mauthausen Concentration Camp in April 1945. A local initiative around Eisenerz Subcamp and the memorial on Präbichl pass organises an annual memorial service and a “Life March” to the memorial site. You can find more information in the programme [1] for commemoration and liberation ceremonies. 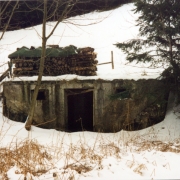 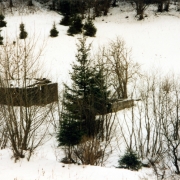 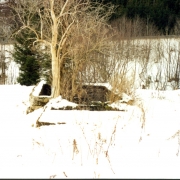 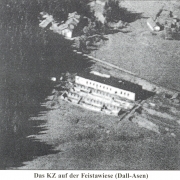 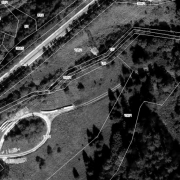 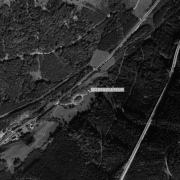 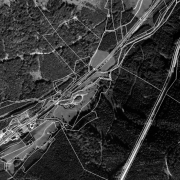 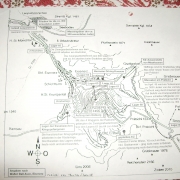