Production of aircraft parts, accumulators for submarines as well as control components for “V2” missiles

It is difficult to find out exactly where in what is today Vienna’s district of Floridsdorf the subcamps were located because there were other camps in the former area of “Groß-Wien” that ran under the name of “Floridsdorf”. A barracks camp was set up on the sports field of the FAC football club to house the prisoners. Until its completion, the prisoners were put in the cellars of the Mautner brewery in Jedlesee; the AFA prisoners were accommodated on the premises of AFA. After the barracks camp was destroyed in an air raid by the allied forces, the prisoners working for Heinkel were put with those working for AFA at first, and then back into the brewery cellars. A distinction to Jedlesee Subcamp is not always sufficiently possible. In 1995, the Mauthausen museum archive received alleged remains of a prisoners’ barrack of that subcamp, and they have been stored at Mauthausen memorial since.

Due to the unconfirmed sources, the highest number of prisoners in the individual camps of this complex is hard to reconstruct. The highest number of the entire Wien-Floridsdorf complex (including Schwechat Santa, Hinterbrühl, and Jedlesee) was, however, 2,737 prisoners. The majority of the prisoners at the Wien-Floridsdorf complex was from Poland and the Soviet Union. On 13 July 1944, the 2,000 prisoners of the shut-down Wien-Schwechat Subcamp (Heidfeld) were transferred to Floridsdorf. There is no exact data on the nationalities of the other prisoners, as all prisoners used for forced labour on the different Heinkel sites in the greater Vienna area were registered as prisoners of Wien-Floridsdorf Subcamp. Poles and Soviets were, in any case, the largest groups. The conditions of the imprisonment were considerably better than in Schwechat-Heidfeld. At least 80 prisoners died in the camps grouped under the name Wien-Floridsdorf.

The prisoners worked at Heinkel and AFA and were assigned to work on the production of aircraft parts, accumulators for submarines as well as control components for “V2” missiles.

The Floridsdorf camp was mainly guarded by German Air Force soldiers and was commanded by SS-Obersturmführer (Senior Assault Leader) Anton Streitwieser, who also had command over Hinterbrühl and Schwechat (Santa). The headquarters of the military command of the entire Wien-Floridsdorf complex were in the former St. Georg brewery (Hopfengasse 22) in Floridsdorf.

Just like the Jedlesee detachment, the Hofherr & Schrantz as well as the AFA detachment were evacuated on 1 April, which suggests that the evacuation did not go via Hinterbrühl Subcamp. The evacuation march, which led through Steyr subcamp, reached Mauthausen Concentration Camp on 11 April 1945. According to the camp's typist’s office, 121 prisoners were murdered during the said march; 22 remain missing or managed to escape. The total number of deaths at Floridsdorf camp alone seems to have been 45.

Part of the Vienna city expressway now leads over where the Mautner brewery in Jedlesee used to be. A memorial plaque outside the Floridsdorf district museum serves as a reminder of the former subcamp. On the premises of the former barracks camp, there is now a football field. On the former grounds of the AFA works, there is a business park. The “Niemals vergessen” [1] society organises an annual commemoration ceremony which takes places near the memorial plaque in front of the Floridsdorf district museum. The current dates can be found in the programme for commemoration and liberation ceremonies [2]. 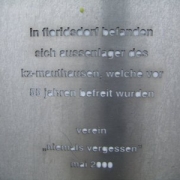 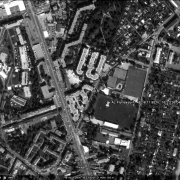 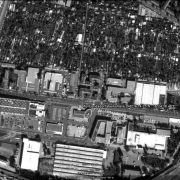 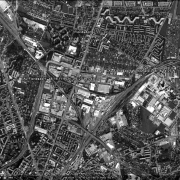