Hirtenberg subcamp was established on 28 September 1944. That they, the first prisoner transport arrived. The bullet factory in Hirtenberg had already been of interest to the Nazi industrial policy before the “Anschluss” (annexation of Austria into Nazi Germany), as it was one of the largest manufacturers of infantry ammunition. After director general Fritz Mandl, who, according to the Nuremberg Laws, was considered a Jew, had emigrated in 1938, the factory was taken over by the “Wilhelm-Gustloff-Stiftung”. Before the establishment of Hirtenberg Subcamp, local female workers were increasingly replaced by forced labourers since the beginning of the World War II.

The so-called “Weinberglager” (vineyard camp), a large barrack camp, was already set up for the forced labourers, near the entrance to the town of Hirtenberg, east of the cemetery. Hirtenberg Subcamp was set up out with its own barracks within this camp for forced labourers and surrounded by additional barbed wire fence. The camp for prisoners of war was immediately adjacent to the cemetery - thus in the western part of the “Weinberglager” - and in the middle of the forced labourer camp, to the east of the subcamp. The barracks looked to have been set up especially for the subcamp and were equipped with bunkbeds.

The first transport with 391 women arrived in Hirtenberg from Auschwitz Concentration Camp on 28 September 1944. The second one arrived on 27 November 1944 with another 11 female prisoners, three of whom came from Auschwitz Concentration and Extermination Camp, and eight came from Ravensbrück Concentration Camp for Women. According to witness reports, it is quite possible that female prisoners who were brought to Mauthausen in the “evacuation transports” from the Groß-Rosen and Auschwitz Concentration Camps in January 1945, were also held at Hirtenberg Subcamp. 194 of the women were Russian protective custody prisoners, thus forming the biggest group. 101 Italians, most of whom were from the border region with Slovenia, which was then occupied by Italy, formed the second largest group of prisoners. Moreover, 95 women from Poland, five from Yugoslavia, three from Hungary, two from Croatia, and one each from Germany and from Slovakia arrived at Hirtenberg Subcamp. The youngest among them were only 16 years old; the oldest was a 58-year old woman from Poland. The mean age at the camp was slightly more than 23 years; the prisoners were all relatively young.

Hirtenberg Subcamp was a camp serving the arms industry. Along a path right behind the camp, the prisoners were brought straight to the production facilities on Lindenberg mountain. The path was the shortest route and was also away from the main street and the town. This meant that it was possible to bring the prisoners to their place of forced labour relatively unnoticed by the locals. Most of the prisoners reported working in the production of primers, or greasing cartridge cases with ethyl alcohol before putting them in the propellants. The factory was run as a two-shift operation, and the forced labourers were strictly prohibited to speak at all times. Work accidents with exploding machines were not at all uncommon, according to interviews with witnesses.

The female prisoners were guarded and led to their workplace by 25 (male) SS soldiers. SS-Hauptsturmführer (Chief Assault Leader) Karl Schröder was camp commander, who was responsible for the external guard of the separate property within the forced labour camp, together with other members of the SS. Female SS wardens were responsible for the inner part of the camp. They were usually recruited from the surrounding towns. Supposedly, Edda Scheer was the main warden of the camp.

Hirtenberg Subcamp was evacuated by the approaching Red Army troops on 2 April 1945. The Red Army had circumvented Wiener Neustadt on 1 April 1945 and started to directly take the Western suburbs of Vienna. As everywhere in the Third Reich, the approaching Russian troops led to huge waves of refugees. It is very likely that the prisoners of Hirtenberg Subcamp were forced by their SS guards at that time at the latest, to abolish the camp. On 3 April, the first tank raiding patrols of the Red Army arrived in Hirtenberg and were shot at from the surrounding hills. On 6 April, the Red Army reached the town and the 12. SS armoured division slowly withdrew into Triestingtal valley. According to the memories of the survivors, the prisoners left Hirtenberg on Easter Monday (2 April 1945). 342 female prisoners arrived at Mauthausen Concentration Camp around 18/19 April. The distance between Hirtenberg and Mauthausen is approximately 170 kilometres. There is a multitude of reasons why the marching column only made very slow progress. The SS certainly didn't show consideration for the poor physical condition of the women; usually, the prisoners were brutally pushed to march on or, if they were unable to walk any further, they were executed. Seven Soviet women were “shot on the run”. 48 women attempted a mass flight. Their fate remains unknown.

One woman who died at Hirtenberg subcamp was buried at the local cemetery. A local initiative of the MKÖ for the former Hirtenberg Subcamp is currently being set up. Dates for the commemoration services will be found in the programme for commemoration and liberation ceremonies [1]. 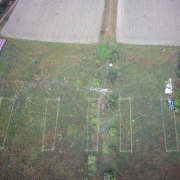 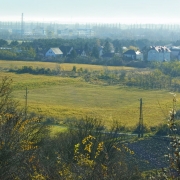 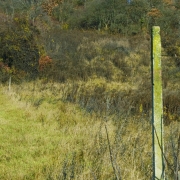 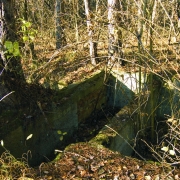 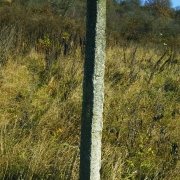 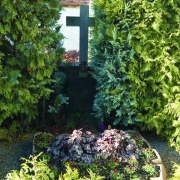 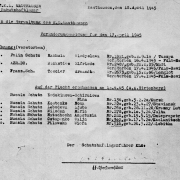 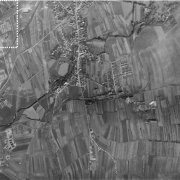 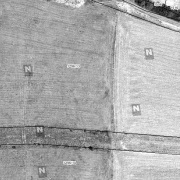 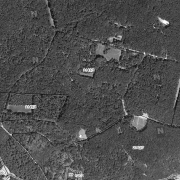 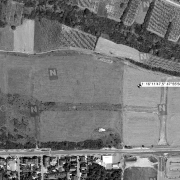 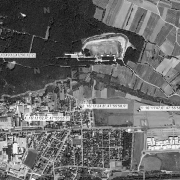