St. Valentin Subcamp was established on 21 August 1944, in close connection to the arms industry and the forced labour camps that had been set up for it. Apart from the subcamp to Mauthausen Concentration Camp in St. Valentin, there were also several camps for POWs, forced labourers, foreign workers, and a special camp for Jews. Before the subcamp was established, prisoners were brought to the Nibelungenwerke and back every day from Mauthausen on buses.

St. Valentin Subcamp was approx. 300 m behind the factory premises in the neighbourhood of Herzograd, close to the tank test track that was part of the factory. For the subcamp itself, about 10 barracks were erected. The prisoners lived in three of them, and another one was used as an infirmary. Parts of the camp and of production would be moved into the “Viehdorfer Stollen” tunnel system about 3 km away towards the end of the war.

The prisoner transport that arrived on 21 August 1944 in St. Valentin brought 500 people: Mainly Jewish prisoners from Poland, but also from Germany (5), Hungary (9), Slovakia (1), and Belgium (1). On 28 August, another 500 prisoners arrived at St. Valentin Subcamp, among them numerous “Zivilrussen” (Russian civilians). And on 7 September 1944, yet another transport brought another 500 prisoners. The highest number of prisoners present at once was reached on 21 October 1944, with 1,490 people. This maximum number was never exceeded, as prisoners were often transferred back to Mauthausen or died (at least 150 by March 1945). The number of prisoners thus went down to below 1,000 by March 1945. When Nibelungenwerke moved production into the tunnel system of Ebensee Subcamp, prisoners were moved from St. Valentin to Ebensee with it. Between 20 and 23 April 1945, 695 prisoners arrived in Ebensee from St. Valentin. It remains unknown if this is the same number of prisoners who left St. Valentin, or if some did not survive the journey.

Some of the prisoners had to work inside the tank factory, where they were separated from the other workers in their own hall. They were also assigned to do maintenance and service work along the tank test track. They built a large air-raid shelter there, which the prisoners - unlike as in other concentration camps - were also allowed to use in case of bombings.

The guard detail consisted of approx. 110 SS members. At first, SS-Hauptsturmführer (Chief Assault Leader) Otto Langer was camp leader. In December 1944, SS-Obersturmführer (Senior Assault Leader) Johann Heidingsfelder took over. Towards the end of the subcamp's existence, members of the Luftwaffe and Ukrainian members of the SS were also assigned to work as guards. After the war, individual SS members and prisoner functionaries as well as the factory security chief of Nibelungenwerke were sentenced to several years of imprisonment for abuse and homicide.

In late April 1945, St. Valentin Subcamp was shut down as the air raids by the allied forces were causing severe damage to the area in and around St. Valentin. The prisoners were moved back to Mauthausen Concentration Camp or Ebensee Subcamp, where they were liberated by US soldiers on 5 May 1945.

Barracks foundations, overrun with weeds, is all that is left of St. Valentin Subcamp. The factory halls are still in use today. A memorial plaque that had been mounted to the main gate of the Nibelungenwerke was moved to St. Valentin cemetery after a few years. A local memorial initiative [1] and a secondary school are primarily responsible for the erection of a monument that was put up near Herzograd train station in St. Valentin in 1996 to commemorate the victims of the camp. It is also thanks to this initiative that eight wall charts with information on the camp were erected around the monument. Moreover, the local group organises the annual memorial celebration. The exact date of the celebration can be found in the programme for commemoration and liberation celebrations [2] of the Mauthausen Committee Austria. 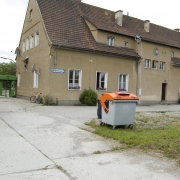 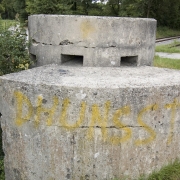 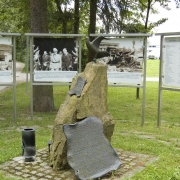 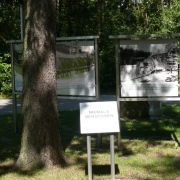 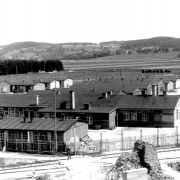 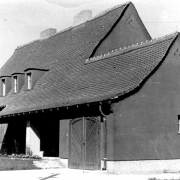 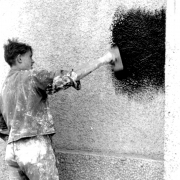 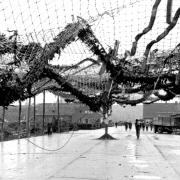 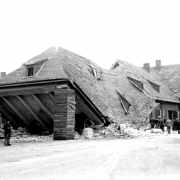 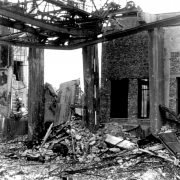 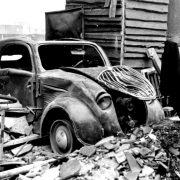 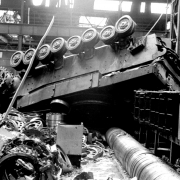 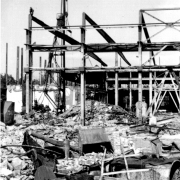 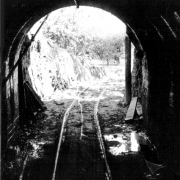 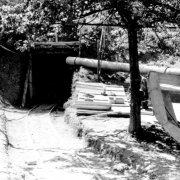 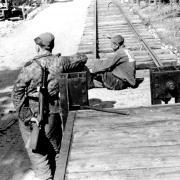 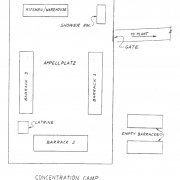 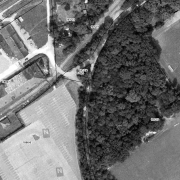 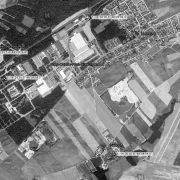 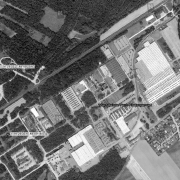