Work at the quarries, arms industry, construction and much more.

The SS-founded Deutsche Erd und Steinwerke GmbH (DESt - German Earth and Stone Works GmbH) opened the camp in May 1938 as a quarry with 30 workers. The first prisoners arrived in Mauthausen on 8 August 1938. Around 300 prisoners were transferred from Dachau Concentration Camp to Mauthausen to set up the camp there and to carry out forced labour in the infamous quarry. The first camp consisted of 4 barracks and was quickly expanded.

The main camp consisted of 5 sections (barrack section 1-3, infirmary camp, ‘Russenlager (camp for Soviet prisoners of war), and tent camp) and a camp prison and roll-call ground, as well as a laundry barrack, a kitchen barrack, and the so-called “Neues Revier” (new district). There was a granite hill in the town of Mauthausen, where weather conditions were especially bad (strong winds etc.). 186 steps (also referred to as “Stairs of Death”) led up to the “Wiener Graben” quarry; prisoners were forced to carry the heavy pieces of stone up 31 metres. The camp was surrounded by a granite wall and electric barbed wire fences. The infirmary was fenced with doubled barbed wire, and the tent camp was surrounded by a single barbed wire fence. The three barracks sections and the roll-call ground made up approx. 25,000 square metres; the infirmary camp had a size of 15,000 square metres, and the tent camp 16,000 square metres. The barracks camp was surrounded by about 150,000 square metres of space that housed different workshops, a dog kennel, different storerooms, a farming property, the SS sports field, the SS riding track as well as accommodations for the SS guards. In the immediate vicinity, in the town of Mauthausen proper, there was a settlement for the SS headquarters staff and the SS-Unterführer (Under Officer).

The first prisoners arrived in Mauthausen on 8 August 1938. Around 300 prisoners were transferred over from Dachau Concentration Camp to Mauthausen to set up the camp there and to carry out forced labour in the infamous quarry. For many prisoners, being deported to Mauthausen meant arriving in a death camp. Prisoners that were unable to work or sick were murdered or left to die almost without exceptions. Those prisoners who didn't die from the harsh conditions in the camp or who were not executed, were murdered by SS doctors with injections (phenol, gasoline, or oxygen) once they became unable to work. In the fall of 1941, the construction of a gas chamber was started, and as of 1942, a gas truck was used to murder coutnless prisoners. More than 15,000 children and youths and over 10,000 women were detained over the years. The prisoners were from 72 different countries. The largest group was “political” prisoners, those persecuted for racist reasons, so-called “criminals” and “antisocials”, but also Jehovah’s Witnesses, homosexuals and others. For certain nationalities and groups of prisoners, Mauthausen was, almost without exceptions, a death camp until late summer of 1943. Jews and Gypsies were especially affected by this, but also people from Poland and Russia (especially prisoners of war), Czech Republic, and Spanish Republicans as well as other groups. This categorisation not only determined the day-to-day lives of the prisoners and thus also their chance of survival, but it also systematically counteracted alliances among prisoners and potential resistance. Nonetheless, there was solidarity and resistance among the prisoners.

Mauthausen Concentration Camp was the most dreaded in the entire concentration camp system - it was the only Grade-III camp - the worst category. For many prisoners, being deported to Mauthausen meant arriving in a death camp, as their prisoner file had a note that read “RU” (= ”Rückkehr unerwünscht”; return undesirable). Prisoners of that category were doomed and their ability to work would only be used until they died. There were different groups of prisoners in Mauthausen, who were treated differently. The penal company in the quarry was especially dreaded. But almost no category of prisoners had any chance of survival during that phase. This was, aside from physical abuse, also due to the constant undersupply of food, medical care and basic hygiene. Only once concentration camps started being used as sources of work slaves for the arms industry, the SS slightly adapted its extermination policy. Certain prisoners that were deemed necessary for work in the arms industry were detained in specially set up subcamps and left alive at least for as long as they were able to work. When the deployment of prisoners for the arms industry started, there was still a large number of forced labourers at the Nazis’ disposal, as new prisoners were continuously being deported to Mauthausen.

It was in December 1939 at the latest that the construction of Gusen I camp started. At first, the prisoners were forced to walk the distance between Mauthausen and Gusen and back every day. In March the following year, prisoners from Poland, Germany, and Austria made up the first group of people that were permanently interned at Gusen I (approx. 800 men). In early 1941, the number of prisoners was at approximately 4,000. For a long time (until 23 January 1944), Gusen I had special status within the entire Mauthausen complex; it had its own systems of prisoner numbers and registrations for one, but many other factors also contributed to making Gusen I its own independent concentration camp. Apart from Gusen, the establishment of many more subcamps started in the spring of 1943 in locations with an existing arms industry. The largest camps, which sometimes even surpassed the number of prisoners of the Stalags, were Gusen, Ebensee, Melk, Linz, and many subcamp in the wider Vienna area. A total number of 49 sites are known today where subcamps to the Mauthausen concentration camp were established.

The first prisoners arrived in August 1938 and were guarded by 80 members of the Dachau SS Totenkopfverband (Death’s Head Unit), who thus made up the core of the SS guard units for Mauthausen. The first commander, Albert Sauer, was replaced after only a few months, and Camp Commander Franz Ziereis was put in place as is successor. Ziereis was promoted to leading SS-Standartenführer (Regiment Leader) and as of 1942, he was operating director of the granite quarries Mauthausen in Gusen. In March 1945, the guard of Stalag Mauthausen had more than 5,000 members.

The liberation of the Mauthausen concentration camp was the last liberation by the allied soldiers. After the SS guard units started gradually leaving the camp in early May and handed over the guard of the so-called camp for protective custody to the Vienna fire police force (= fire brigade), the prisoners formed committees that should prepare for the arrival of the liberators (Shortly before the departure of the SS, most of the ‘hearers of secrets” such as those prisoners that were forced to work in the crematoria were executed as they had become witnesses to the crimes and thus potentially dangerous. The last execution was carried out on 3 May 1945).

On the morning of 5 May 1945, the town of Mauthausen was taken by US troops and the majority of the SS members were captured. Around noon on the same day, Louis Haefliger, delegate of the International Committee of the Red Cross, who had arrived in Mauthausen a few days prior, led two American armoured scout vehicles into the camp. Despite protests of the prisoners, the American soldiers left after only a few hours, which led several groups of prisoners to arm themselves as they still feared a return of the SS. On 7 May 1945, the camp was occupied by the 11th armoured division of the 3rd US army under the command of Colonel Seibel and thus permanently liberated.

The commemoration and liberation ceremony at the Mauthausen memorial site has been organised and held since 1946 by survivors and their organisations. The Mauthausen Committee Austria has later stepped in as organiser of the ceremony and now conducts the celebration in close cooperation with the survivors’ organisations both on a national (Austrian Association of Mauthausen Survivors) and on an international (Comité International de Mauthausen - CIM) level.

As more than 90 percent of the victims were neither Germans nor Austrians, the memorial ceremony is of international value and is also by far the biggest commemoration and liberation ceremony in the world. Tens of thousands of people, among them the last survivors of Mauthausen Concentration Camp and its subcamps attend, coming from near and far, and countless young people participate each year. Since 2006, each commemoration and liberation celebration focuses on one specific topic. 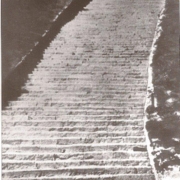 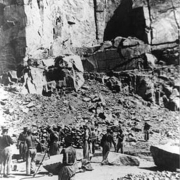 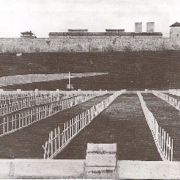 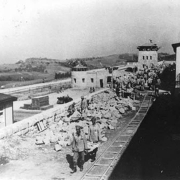 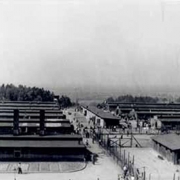 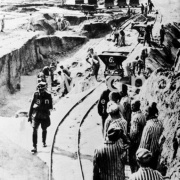 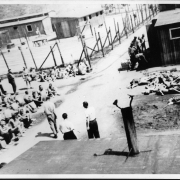 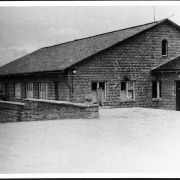 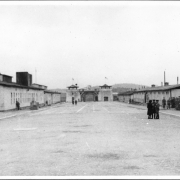 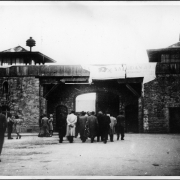 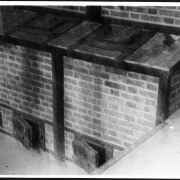 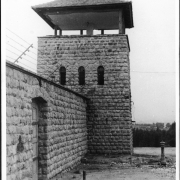