Lannach Castle was owned by Franz Kandler, who had started leasing it to the SS right after the Anschluss (annexation of Austria into Nazi Germany) - they moved in on 14 May 1938. There is no documentation of a change of ownership. But it was found out that in July 1943, purchasing negotiations were held between the SS and Kandler. When Kandler refused to sell his property to the SS, they simply impounded it in September 1944.

Lannach Castle sits on a small hill east of the town, but is much closer to the town centre than, for instance, Mittersill Castle. The prisoners were likely detained in the former “Schüttboden” (granary) of the castle - today, these rooms are used for seminars.

In late March 1944, nine Jehova’s Witnesses were transferred to Lannach Castle from Mittersill Castle in the Pinzgau region. Four of them (Germans) had been imprisoned since 1937 (likely at Lichtenburg Concentration Camp first, and then at Ravensbrück Concentration Camp), which can be traced back due to their low prisoner numbers. There are only very few files and documents about the nine women who were transferred to Lannach. According to the few records, all women detained at Lannach were bible students. They were from Germany, Bohemia, Moravia, and Poland. The mean age of the women upon arrival in Lannach was 44 years.

The women had to work either in the SS test lab or did agricultural work. Where Lagerhaus Lannach is today, there used to be fields, a greenhouse, and the test lab. A guard lined up the women in rows of two every day to bring them to their place of work. The bible students occasionally worked with civilian workers on the fields, or with other forced labourers.

Jehova’s Witnesses were known for never trying to escape. For this reason, no guards were necessary, and SS warden Emma Raabe was soon removed from Lannach. One witness reports that there was one male guard.

All nine female prisoners were liberated by the Red Army on 9 May 1945.

Today, Lannach Castle belongs to a pharmaceutical company owned by the Bartenstein family. There is no monument on site. 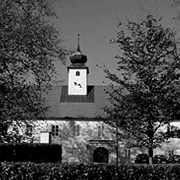 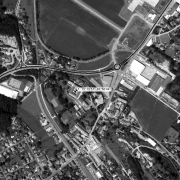 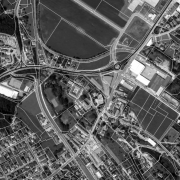