Head elements for V2 rockets; parts for He 216 night fighters; construction of the fuselage and assembly of the fighter jet (Volksjäger) He 162

Hinterbrühl Subcamp was part of the Floridsdorf camp complex, which comprised several camps set up for the Heinkel works all over Vienna. The flooded gypsum plant was impounded by Heinkel on 1 May 1944 and was drained as of August 1944.

The production plants were inside of what is today the Hinterbrühl grotto. The camp itself was located above the grotto on today’s Johannesstraße; a small memorial can be found there. The route the prisoners had to take to get to the production site inside the grotto was supposedly directly through the abandoned shaft tower 3 of the former gypsum plant.

The prisoners were assigned to work on the production of the fuselages for the He 162 fighter jet as well as on the production of head elements for the V2 rocket and on parts for the night fighter He 216. The work started out as a two-shift-operation with 12 hours of work in each shift, and later became a three-shift-operation with eight working hours each, as that option turned out to be more efficient for the NS armaments industry. The completed fighter jet fuselages were then assembled at the Schwechat Heidfeld Subcamp.

SS-Untersturmführer (Junior Assault Leader) Anton Streitwieser had been commander of all "Heinkel camps” since 1944. The prisoners were guarded for the most part by members of the German Air Force.

During the evacuation measures, prisoners from other subcamps such as Floridsdorf or Schwechat-Heidfeld were brought to Hinterbrühl Subcamp. A total of 1,884 prisoners were sent to Mauthausen on foot on 1 April 1945; only 1,624 made it there alive. Before departure, the guards shot 52 prisoners who were unable to walk and had them buried in a mass grave on the camp premises. The Subcamp was shut down on 1 April 1945.

The bodies from that mass grave were exhumed in 1946 and buried at Wiener Zentralfriedhof cemetery. The grotto has been used for tourism since shortly after the war: it is Europe’s largest underground lake. Some parts of the He 162 fighter jet can still be found at Hinterbrühl grotto today; the former production sites are also open for visitors. In 1989, the property that had housed the subcamp was bought by the “Association for the establishment of a memorial site for Hinterbrühl Subcamp”. Memorial stones and information boards were erected, and memorial celebrations are held every year. The dates can be found in the programme for commemoration and liberation ceremonies [1]. 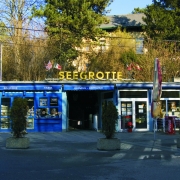 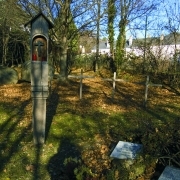 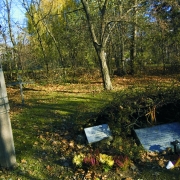 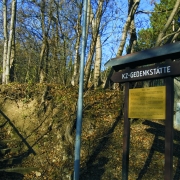 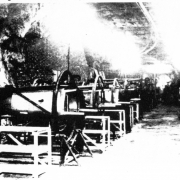 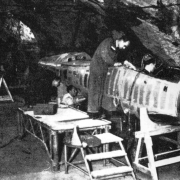 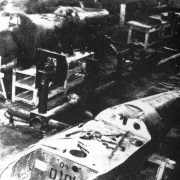 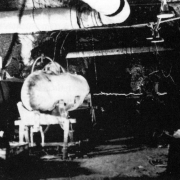 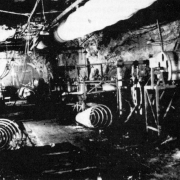 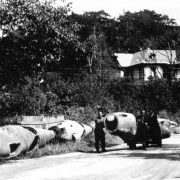 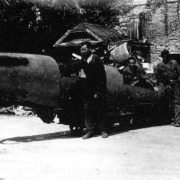 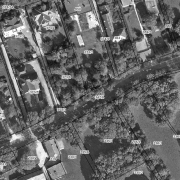 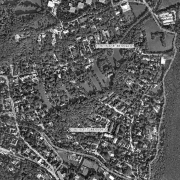