Construction of air-raid bunkers and an army command post

The establishment of the camp was upon direct order by Hitler to build an air-raid shelter for the inhabitants of Linz. The city was a priority target of the allied air forces, as it housed many important industrial zones. On 21 February 144, the first 100 prisoners were transferred to Linz from Mauthausen Concentration Camp to work on the construction of the Bauernberg tunnel.

Linz II Subcamp was set up in a tunnel system, the so-called Märzenkeller, in the centre of the city (at the beginning of Bockgasse, at the foot of Bauernberg). Today, the front part of the cellar is being used as a wine tavern (“Cembrankeller"); the back part is only accessible upon reservation.

In the first few weeks after the establishment of the subcamp, prisoners were regularly transferred to Linz II from Mauthausen and Gusen, so that soon, there were more than 200 people at the subcamp. The highest number of prisoners (285) was reached on 21 August 1944; if counting returns too, approximately 300 men came and went. According to reports by two survivors, there were approx. 120 prisoners from Soviet Union, 80 from Poland, 12 from Germany, 6 from France, several Italians, Yugoslavians, Greeks, Spaniards, and possibly also one person from Belgium. The number of German and French prisoners was likely higher but cannot be substantiated with sufficient evidence. There is no information on the categories of prisoners. The only thing that is known is that by the spring of 1945, there were no more Jewish prisoners at Linz II Subcamp.

The prisoners had to work in the tunnel systems, where they also had to live. Many of them did not see or hardly ever saw daylight throughout their entire stay (the survivors’ reports differ from “a maximum of one hour per day” to “never”). It can be assumed that not all prisoners were treated the same way and conditions were harsher for some. Little is known about the work operations during tunnel construction. One survivor reported that the prisoners had to do three metres of pre-drilling and breaking material loose, and then shore up the walls. They worked in two 12-hour shifts (presumably eight hours later on), around the clock. Documents of the Pöchtrager construction company prove that prisoners were used for breaking work, excavation, tinsmith works, assembly as well as for transportation of materials. Due to insufficient safety precautions, work accidents were very common; at least five prisoners lost their lives that way.

In late April 1945, Linz II subcamp is still found in the record books of Mauthausen Concentration Camp. There is no information about the shutdown of the camp or the liberation of the prisoners. The accounts of Pöchtrager company, which also contained the payments made to the SS for the use of the prisoners, end on 29 April 1945. It is presumed that the prisoners were either transferred on foot to Linz III subcamp or towards Mauthausen in May 1945.

In 2001, the city of Linz built a “Steinfeld der Erinnerung” (field of memorial stones) as a monument for the subcamp in the Linz Botanical Gardens. It lies directly on top a former air-raid shelter and consists of individual granite stones scattered in the grass, each with a small, numbered metal plate. One of the plates commemorates Linz II Subcamp. The local branch of the Mauthausen Committee Austria [1] in Linz has opened a memorial site in the tunnel system, which is now the back part of the “Cembrankeller” wine tavern. 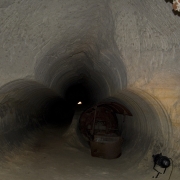 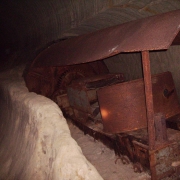 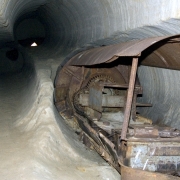 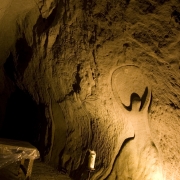 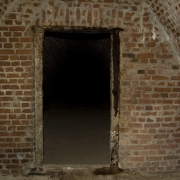 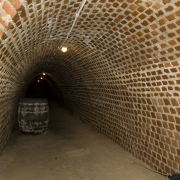 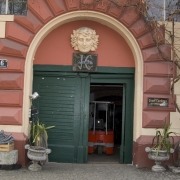 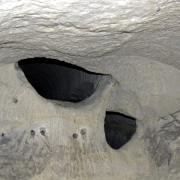 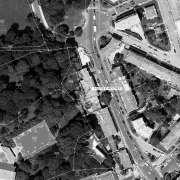