Construction of a camp/of makeshift accommodation I; clean-up works after air raids

Different sources reveal different information on the establishment of Wels I Subcamp: According to historian Szita, around 400 prisoners arrived as early as November 1944 in Gunskirchen; the historians Perz and Maršálek state it was 27 December 1944. The camps were recorded under different names: “Wels I”, “Waldwerke or Waldlager I”, “Notbehelfsheimbau”, or “SS-Arbeitslager Gunskrichen”.

Research by the authors and university professors Dr Bertrand Perz and Dr Szalbolcs Szita states that the accommodation of the prisoners between December 1944 and March 1945 was in a primary school in Gunskirchen. The exact location of Wels Subcamp is no longer possible to determine today - which is yet another consequence of the confusing codenames and terms. The memorial for both Wels Subcamps is in Traunstraße, in the Wels neighbourhood of Noitzmühle.

The prisoners at Wels I Subcamp were around 400 men; according to historian Szita they were mainly from Poland and the Soviet Union. One death was reported (“shot on the run”).

The prisoners had to work on the construction of a concentration camp in the forest at the city limits of Gunskirchen and Edt near Lambach: as of April 1945, it would be Gunskirchen Concentration Camp. The order to build ten barracks was issued by mayor Franz Hochhuber and the Oberdonau administration. The plan was to use the camp as a production facility for the arms industry at a later point. But this never happened. The prisoners had to fell trees and use the wood to build the makeshift barracks.
Hans Maršálek, camp typist at Mauthausen Concentration Camp and author of the book “Die Geschichte des Konzentrationslagers Mauthausen” [1] states that the assignment for Wels I was, among other things “repair of aircraft and other vehicles”, however, Perz and Szita oppose this information.

There is only very little information on the SS command and the guards. Their lodging was in the houses of the village. SS‐Obersturmführer (Senior Assault Leader) Dr Hermann Richter was the camp physician.

In late March/early April 1945, Wels I Subcamp was shut down. The prisoners that had been there from the beginning were probably deported to Ebensee Subcamp, or to Gunskirchen Concentration Camp, which had been officially established on 12 March 1945. Up to 20,000 Hungarian Jews had been brought to Gunskirchen by the end of the war.

In 1982, the Federal Ministry for the Interior erected a monument to commemorate the prisoners of Gunskirchen Concentration Camp. Where the 71st Infantry division of the 3rd US Army found Gunskirchen Concentration Camp, the veterans of said unit erected a monument. The local branch of the Mauthausen Committee Austria has been advocating the establishment of monuments for decades. 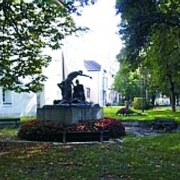 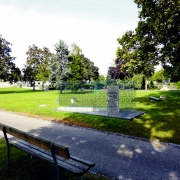 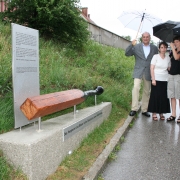 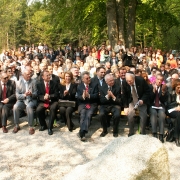