Conversion and expansion of the cellars, construction of a barracks camp, and production of fighter jet parts (He 162)

Santa I:
As of August 1943, the arms production facilities gradually moved into cellars or underground halls due to the increasing air raids by the allied forces. The Flugmotorenwerke Ostmark (production company for aircraft engines) in Wiener Neudorf got moved to the brewery cellar in Schwechat (approx. 9,500 m²), that had rarely been used for storage in several years. Since the brewery refused to provide the cellars, the Arms Ministry simply impounded them. The first 200 prisoners from Mauthausen probably arrived as early as March 1944, while the machines of the aircraft company were moved from Wiener Neudorf to the brewery cellar in Schwechat. “Santa I + II” were determined as the codename for both camps, even though it assumed that they were separate from each other.

Santa II:
Starting on 15 April 1944, the Arms Ministry also rented cellars in Bruck-Hainburger Straße 26, and moved part of the Heinkel-Werke there, which had been producing aircraft parts at Schwechat airbase since 1943 using 2,665 forced labourers.

Santa II:
The forced labourers had to work in a cellar in Bruck-Hainburger Straße 26.

According to witness reports, the first transport brought around 200 prisoners to Schwechat. After the main factory of the Flugmotorenwerke in Wiener Neudorf was heavily bombed on 26 July 1944, the number of prisoners rose to about 600.

The Santa-I prisoners had to start out doing conversion and expansion work in cellars, then they installed the machines for the Flugmotorenwerke Ostmark, and build a barracks camp on the premises of the former Phönix sports field

Both camps were evacuated on 1 April 1945 due to the approaching allied forces, and the prisoners were forced to walk - on so-called death marches - towards Mauthausen via Hinterbrühl Subcamp.

In 2010, the city of Schwechat erected a monument for the prisoners of the subcamp, upon initiative of the city archive, the students of Schwechat high school, the Communist Party of Lower Austria, and the Mauthausen Committee Austria [1]. It can be found right next to the Schwechater brewery, between Wiener Straße and Klederinger Straße. 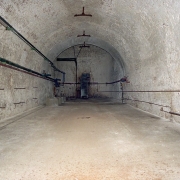 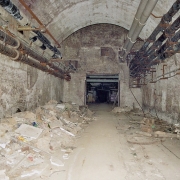 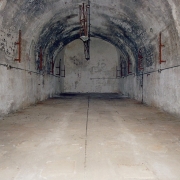 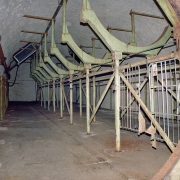 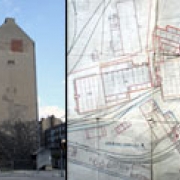 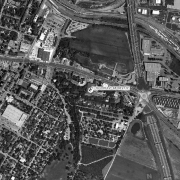 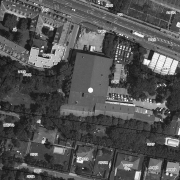 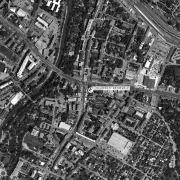 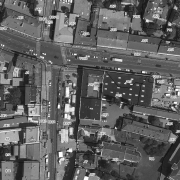 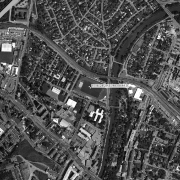 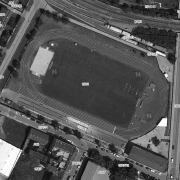 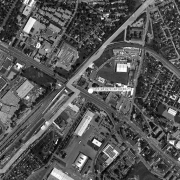 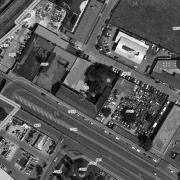